All I Want for Christmas is... a Smart Phone?

“What's it to be: Android or iPhone?”

Actually, NO! There is another way.

Time I Learned: there are freedom-respecting phones.

I'll tell you which one you need. 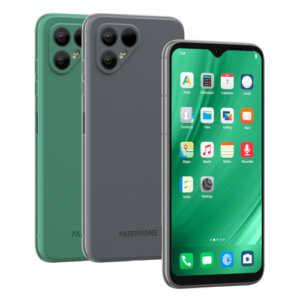 (For the literal minded: It's just a title. I don't really think Christmas is about buying gadgets. This article is about freedom in technology.)

What's so bad about choosing either Google or Apple?

Many of us today are increasingly concerned about the vendor lock-in, advertising and data mining perpetrated by Apple and Google. They are so pervasive that it's hard at first to see all the avenues of social human interaction and creativity in which we could be harnessing the power of our computers and our electronic connection to others, all these avenues from which Big Tech have cut us off, as they steer us through their own product pathways according to their own commercial objectives.

In short, we are carrying around general purpose computers but we are artificially locked in to using their power only within the vendor's own playground. Read: The General Purpose Computer in Your Pocket. Those mega-corporations ensure everything we do is steered toward making their advertisers and shareholders richer: attention grabbing, commercial subscriptions, ads and so on. Not towards what's best and nicest for us as people.

We've been subjected so completely to their way that it's hard to imagine any other way. Hard to see that the nuggets of convenience we'd have to give up would be as nothing compared to the adventures we'd gain by switching. We can't see the wood for the trees.

Yet, the alternatives are here. We don't have to accept it's a choice between a rock and a hard place.

What we can do instead is choose tech that unlocks the power of these personal computers we carry around, and lets us use them for purposes that make no profits but enhance our own social lives. Gentle technology. Small Tech as opposed to Big Tech.

Once we make the leap and begin exploring the previously untapped possibilities, we begin to appreciate what it feels like to be released from Big Tech's constraints. It's not a stretch to say those companies had pressed us into their servitude, and now we can be free. That's what I'm feeling, and I want us all to have that opportunity.

The one that stands out as best suited for ordinary people is built upon a deGoogled version of Android:

Being freedom-software (open source), the maker guarantees your freedom to use the tools they provide or change to others. What does that mean in practice? For example, if you don't like the terms and conditions of the Murena cloud software suite, you can use a different one provided by someone else, be it an independent commercial provider, or run by your school or club, or at your best techie friend's home. And then you don't even need a Murena account.

How is this degree of freedom possible? First, with the slogan “my data is my data”, Murena is committed to these principles. It was founded by Gaël Duval, the creator of Mandrake Linux. Second, in contrast to Google's Android which merely contains some open-source software components, this technology stack is designed around open source principles. Their cloud service is not only based on Nextcloud, but is designed to be compatible and interoperable with similar services run by lots of other providers and individuals. Together, and in stark contrast to the Big G and the Big A, these mean there is neither a practical lock-in nor a legal lock-in.

How to get one?

“But I'm Not Average”: Other Freedom Phones

If you are not the average person, or if you want to learn more about the alternatives, read on.

I recommend Murena for the average person because their offering is so inclusive: the phone hardware, the cloud services, the freedom to take or leave parts of the system and adapt it to your needs, compatibility with most smart phone apps, and working in a way that is broadly familiar to a lot of people already. I hope we will soon see other providers like them offering a no-fuss all-included solution too.

These alternatives will appeal more to techies and to people with particular preferences or needs, and the ability to spend a bit more effort instead of buying an all-in package. With most of these, you or a techie friend will need to do one or more of: install the operating system software on a suitable phone, setting up any “cloud” services you want, or using apps that are currently less mainstream.

That said, these are quality and important alternatives.

Purism in particular is an outstanding company dedicated to making freedom and privacy centred devices. If their Librem phone isn't for you, check out their laptop, server, security key.

For techies, there are more deGoogled Android distributions that you can download and install yourself on a suitable phone:

The phone operating systems from the vendors mentioned, all being based on freedom software, can be self-installed too:

(Where are the iOS-based freedom phones? That's not going to happen: Apple locks its users into its own walled garden completely. See The Neighborhood and The Nursing Home.)

What Does Julian Use?

Personally, for myself and family I am currently using LineageOS-for-MicroG. I chose that option because I am a techie, experimenting with the various options on a budget, so I tended towards those I can install myself on a wide range of old and new phones. And because it is quite close to mainstream Android so a majority of mainstream apps run on it. And because my less techie family members needed the reassurance of being able to continue using their familiar Google apps to begin with, and only gradually migrating to freedom-software, one app at a time when they are ready, from Chrome to Firefox for example.

I have experimented with others. I really admire what Murena is doing, and have self-installed /e/OS on an older phone. I am considering switching over to it on my main phone. I would want to set up my own compatible cloud service rather than using Murena's, because I will not compromise on using my own domain name as the key to my own data services. I believe Murena and other companies offering “your own data” services should for this reason always offer “bring your own domain”. For now, the situation is that Murena's service is open source with the source code repository ecloud-selfhosting in “beta” status. (It is to be congratulated also that they host their software forge on their own domain rather than using the anti-freedom github.)

This article is part of my Open Source Gadgets series.